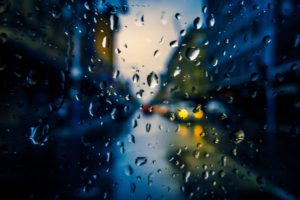 What do I do if my tenant . . . Accidentally Throws Away the Neighborhood Drug Dealers Stash Bag

You may think this one is a joke. Gosh, do I wish it was. Your next question may be, what is a stash bag? That would be a bag that you hide your drugs within. I wasn’t familiar with the term myself until this incident took place.

I had to question my sanity and personal judgment on this one, especially as I stood in line at CVS to purchase gift cards for a group of drug dealers last Christmas.

One of the apartment buildings that we manage is in a not so great part of SE DC. There is a live in caretaker of the building, an older gentleman who lives in the building for free and in exchange the organization that owns the building has him go around and clean up the yard, shovel the snow, and keep the alleys clear and free of trash.

Last year, right around Christmas time I received a call from one of the managers of the organization that owns the building telling me that they were experiencing a problem at the apartments. The neighborhood drug dealers were angry and destroying parts of the building; pulling down the fence, breaking the gate and front door and spraying graffiti everywhere. They had also threatened residents and made statements that they intended to hurt someone.

So I called the live in building manager to ask him what had happened. We’ll call him Jim. Jim told me that the week before all this started he had cleaned out the alley next door between our building and a vacant building. He believed that while throwing away the trash in the alley he had actually thrown away a stash bag containing hundreds of dollars of illicit drugs by mistake.

The CFO of the organization and myself had an emergency phone conference on what to do next. We didn’t want the drug dealers to murder Jim in retaliation and the threats and anger at the building were becoming alarmingly extreme in such a short period of time. We discussed offering cash to the drug dealers and maybe an apology card. (We would have had to make our own as I don’t think a card exists at Hallmark that reads: “Sorry we accidentally threw away all your drugs, here’s some cash, can we be friends again?”)

We worried that the cash would just immediately go back to the drug trade so decided that we would purchase a generic card and write sorry in it and purchase a few $250 gift cards to place in the card and give to the drug dealers. So, the next day I found myself at CVS purchasing a grand in gift cards to give to a bunch of drug dealers in hopes that they wouldn’t murder Jim before Christmas.

Outcome: The drug dealers were thrilled with the gift cards and agreed that it was a misunderstanding. Now, Jim no longer cleans that alley unless he lets them know first and we are all getting along again peaceably.