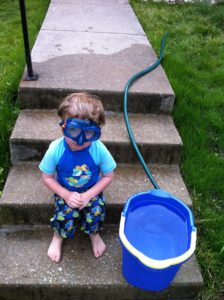 What do I do if my tenant . . . . . throws parties and sets up an inflatable hot tub on the patio in my condo building?

Good question. Before you ask a question like this I am going to guess that you have been receiving complaints about your tenants on a pretty regular basis. The scenario that I mention above is another true story. Two young college students rented a very nice condo that we managed in a luxury building in downtown DC. Shortly after move in the complaints started rolling in from the building manager. First the tenants were improperly using the trash compactor to “see what would happen” if they threw a bike or cinder block in it and pressed the start button. Next, they were rollerblading downhill in the parking garage with their friends after drinking resulting in injuries and the need for an ambulance to haul someone away.

The condo unit owner was beside herself. She had lived in the building for several years and now her building manager and close friends in the building were complaining to her about all of the problems her tenants were causing. She hadn’t wanted to rent to college students to begin with, but since they checked all of the requirements that we had, we couldn’t not accept them based on their age as that is illegal and discriminatory.

Then the parties started, and boy did these guys know how to have a good party. Setting down at my desk a few mornings after hearing of the latest party I was treated to photos taken from the neighbor directly above our unit of the tenants skinny dipping with several friends in and around an inflatable hot tub that was set up on the patio (on the first level) of the condo building. Let me just add the following details so you can picture this scenario; the patio was surrounded by a low fence enclosure and open to the garden in the center of the building courtyard and playground. This was sort of the icing on the cake for me. There was an obvious problem, but how to go about fixing it?

Each building has certain covenants or rules and the easy part is that you don’t have to be the bad guy with your tenant. You merely have to be the messenger. The HOA began levying fines against these tenants right away, the trash compactor incident was a large fine based on the fact that they broke the machine. Each new incident was a new fine. As soon as I had documentation of the hot tub we posted a 30 day notice to rid the patio of the illegal hot tub, clean up the beer bottles or vacate the premises. Fortunately, this action combined with the fines got the tenants to listen and wake up to the fact that the HOA was considering evicting them. From that point on they were model tenants in the building (at least to my knowledge) and the building manager and condo owner were resting much easier.

Bottom line: Make sure that the condo by-laws that the tenant must follow are included with your lease as an addendum. Give the tenants a copy and have them sign it, initial each page if you feel it necessary. It is important that they understand that they will be held to the standard that the building has set forth and that they will be fined for each and every little thing that they do wrong. HOA’s can evict a tenant for not following the rules. I have seen it happen. (I’ll save that lovely story for another day)