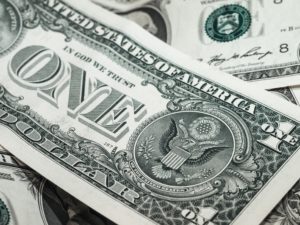 What do I do if my tenant . . . Is Robbed at Gun Point on My Property

Call the police! Seriously, you have to have that police report to request extra patrols for your area. Tenants are often afraid to call themselves, especially if the area is a little rough. The snitches get stitches statement is a true fact of the matter for many areas. Take it upon yourself to protect your property as well as those living within it.

A few months ago, in a multi unit building in DC, we had a tenant who was robbed at gunpoint. I heard several different versions of the story, several of which were from the tenant herself and also from the neighbors who witnessed parts of the events unfolding. The bottom line was that the people who robbed the tenant were known to others and lived in the same neighborhood. The police responded but the tenant wouldn’t tell them who had done this. She outright refused to give a statement but was very angry that the police closed the case and didn’t investigate further. I heard rumors that this was because she owed the people who robbed her money, but that is just supposition from the other tenants and I dismissed that as I didn’t have any facts myself to base those opinions upon.

It is frustrating, how can the bad guys be stopped if everyone is too afraid to stand up and say that something has happened to them? On the other hand, these people who are the victims of the crimes also have to go home to that building in the same neighborhood each day and deal with the repercussions if they do say something. It turns into a vicious cycle where people live in fear and because of the fear they are further victimized in their own homes and neighborhoods.

When the tenants then requested that we hire security for the building or install a more extensive camera system, my response was that the security systems are all up to code and surpass the standards set forth by the housing authority. It is really a police matter. As the landlord, I cannot control whether or not a crime is committed, I can just do my best to make sure that the property is maintained and that the proper legal channels are followed if need be.

Remember, we are not the police and the crimes that are committed are not the landlords fault. You do not owe the tenant any compensation for a crime being committed against them or replacement of their goods or items as the result of a crime.